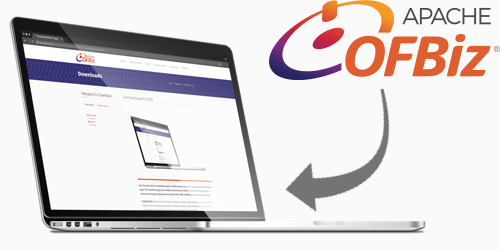 Then, to install OFBiz, follow the explanations in the "INSTALL" file found in the just downloaded/extracted OFBiz main directory.

PLEASE NOTE: Despite our best efforts to maintain up to three active release branches, support for older branches can decrease because our project volunteers may be focused on other issues. We recommend using releases from the most recent branch wherever possible.

NOTE: To minimize the risk of security vulnerabilities the Apache OFBiz community highly recommends that all users upgrade to the latest stable release.

Released on January 2022, this is the fifth release of the 18.12 series, that has been stabilized since December 2018.

We strongly encourage OfBiz users to report security problems affecting OFBiz to the private security mailing lists (either security@ofbiz.apache.org or security@apache.org), before disclosing them in a public forum. Please don't pack several vulnerabilities in the same report, send them one by one, thanks in advance.

Note that we no longer create CVEs for post-auth attacks done using demo credentials, notably using the admin user. Rather create bugs reports in our issue tracker (Jira) for that. Please don't create Jira issues for unauth (aka pre-auth) reports, thanks in advance.

One of the reason we no longer create CVEs for post-auth attacks done using demo credentials is because we highly suggest to OFBiz users to not use credentials demo in production and we expect OFBiz users to do so. We also warn our users on the "Keeping OFBiz secure wiki page". And finally, mostly we reject post-auth vulnerabilities because we have a solid CSRF defense.